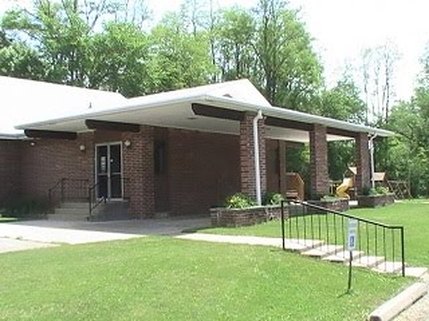 This is our Church song for this year 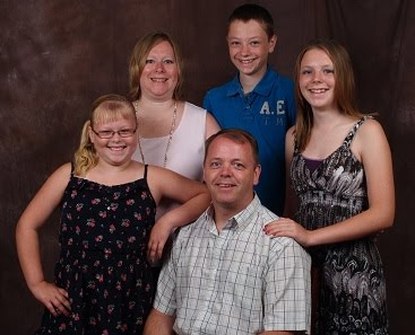 Pastor Phil Foster
And his Family

His life verse: Matthew 6:33 (New International Version)
“But seek first His kingdom and His righteousness, and all these things will be given to you as well
.”Pastor Phil has bee﻿n at Valley View since August of 2010. Before coming to VVBC he served as an interim pastor at churches in Western NY.
His background includes retiring from the Army Reserves and also Web Design and Graphic Design for 15 years.
He was born in the Eastern Hills of KY but lived most of his life in Western, NY (home of the Buffalo Bills!). He also loves to play fooseball, singing, and spending time with others having a cup of coffee at a coffee shop or Smores around a fire pit.
Please feel free to call him at the church or via email anytime. He would love to answer any questions concerning your faith or this great church we call home and a group of people we call family!
Sr. Pastor Phil Foster
319-364-6267
pastorphilfoster@gmail.com

My growth in Christ has been exponential in the recent years as I finished my MAR Degree online. Since then, I continue to do things like read through the Bible in a year, read disciple books with my Associate Pastor, and attend Pastoral Conferences at least every other year. I also have a prayer group at the church that meets every week which I believe to be crucial to my growth as well as for the church.
I believe for Pastors that there is always something that they are working through. Most recently I have been working through different avenues of how to present the gospel in different ways that make it clear, applicable and most importantly true to the scriptures. I have some great online and text books that are helping me to work through the process as well as peers to talk through on a regular basis. It is amazing to me how different faiths and denominations have such a diverse understanding of the scriptures and I take very serious the job of rightly dividing the Word of God as I know it is a high calling to teach and share the Truth.
My family has always been an integral part of the Ministry that the Lord has called upon my life as they know it impacts their relationship with me and I have made it very clear that they take precedence over ministry. Before going into full-time ministry we prayed together and all had to agree to follow the Lord together, and praise the Lord, we all agreed!
As my children are now growing and preparing for high school and college, my wife and I are mindful of meeting their needs and preparing them for their future lives outside our home and from under our parental guidance. We are allowing them to be challenged and grow in their own walk with the Lord and have helped them to find their own place within the church family. It has been exciting to see them come to know Jesus personally and grow in learning from the Word of God.
The future in ministry is slowly becoming my wife and I and just as how the Lord brought us into ministry, He will continue to mold, shape and move us as He sees fit. We believe that He will never leave us nor forsake us and that as long as we are in His will, we will go wherever he takes us.

Here is what you can expect on a typical Sunday morning At VVBC:

They normally have between 80-100 people on Sunday morning at the service. The dress is casual from Jeans to dresses and Pastor Phil will wear a tie once in a while because he enjoys dressing up for church but he will also just wear jeans and a nice shirt. They don't have anyone wearing full suits except for once in a great while or at weddings and funerals.
The service is a contemporary one with some hymns mixed in that are more upbeat. There is a nice mix of ages from the nursery to the grands in their nineties. It is known as a loving church that welcomes anyone and loves to greet one another during the greeting time. The greeting time usually takes about 3-5 minutes on Sunday morning so people will come right over to you during that time.
Communion is on the first Sunday of the month as well as a fellowship lunch down stairs in the fellowship hall to spend time together (food is free and smiles are plenty).There is listening devices for the hearing impaired, a wheelchair ramp into the church as well as a chairlift going to The lower level so that everyone can feel welcome and right at home with the church family.
Greeters are at the door so you should get a handshake, welcoming smile and bulletin with more information about the church when you come in.
Who, What, Ware, and Wen.
See the Church Calendar

The Grands are a group of church members that have been on the earth a little bit longer than the average person. They meet once a month to do or visit something of interest.
Below are some pictures of some of the things that they have done.

In 2012 the church did something a little bit different. They invited the  members of the Christian Motorcyclists Association and  others to bring their bikes to church to have them blessed. Below are some pictures of that event.

In June of 2013 the church had a block party and invited our neighbors and others. Here are some pictures taken at the party.

Every Autumn Valley View has a dinner to celebrate and give
thanks to our Lord for all he has done for us in the last year.

For the last two years Valley View has met at a pond at one
of our members homes and baptized anyone that wants to
be baptized and has excepted Christ as their savior. They
plan to makethis a yearly event the Lord willing.

Valley View's Out Door Chapel was started in the summer of 2013 and the trustees had it ready for use in early summer of 2014. Below are some photos of the work that was done to get it going. It is used once in a while on Sunday for Sunday service and on Easter For a Sun Rise Service and it has been rented for weddings; if you are thinking about getting married consider this as the place to do it. 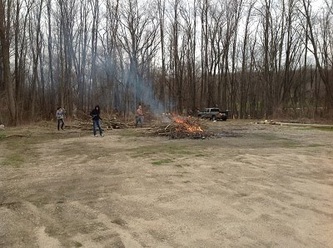 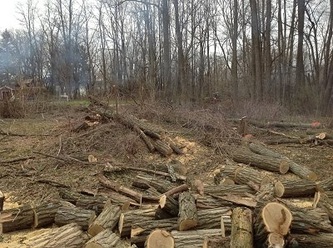 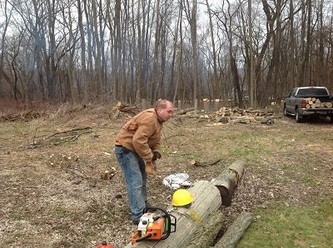 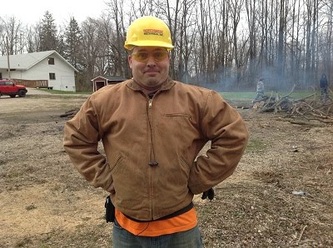 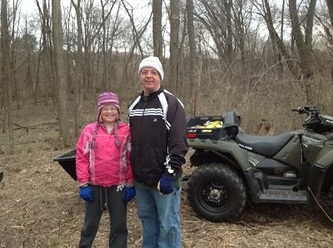 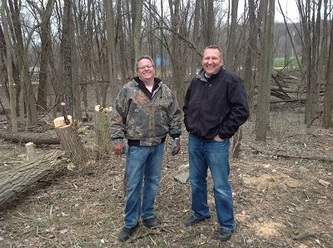 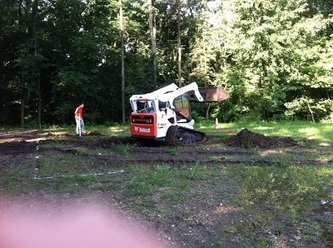 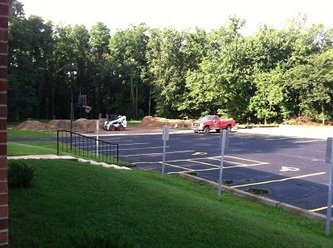 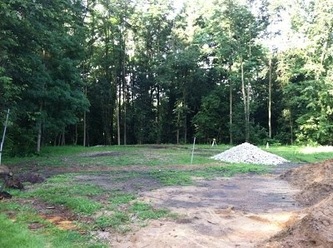 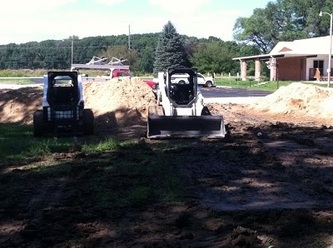 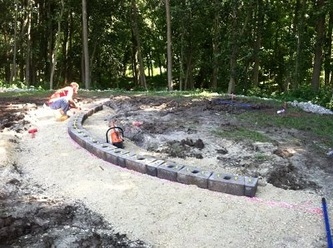 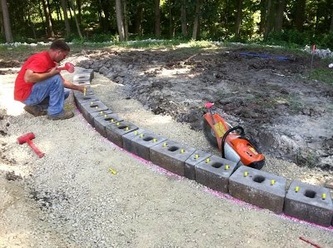 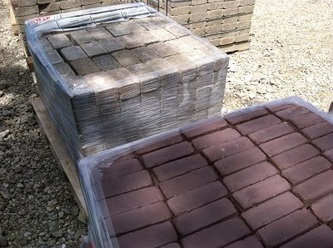 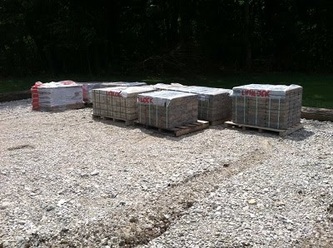 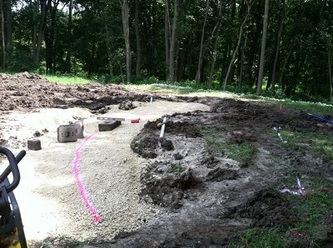 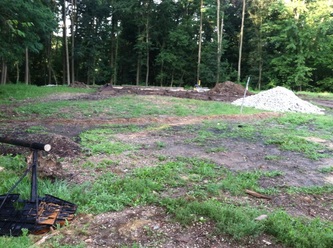 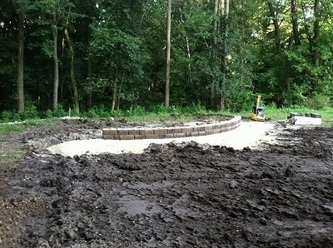 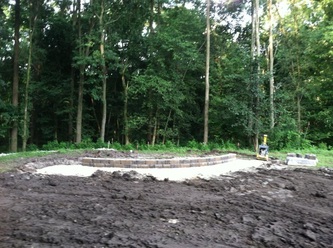 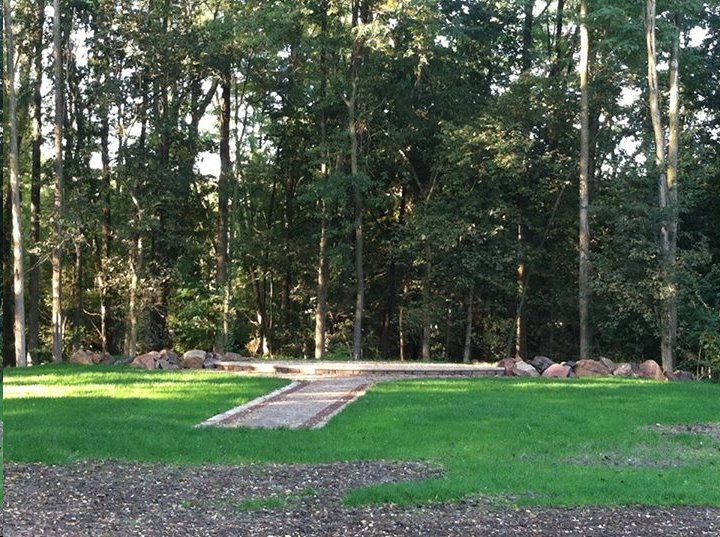 Not Yet Completed, but looking better

Easter Sunrise Service In The New Outside Sanctuary 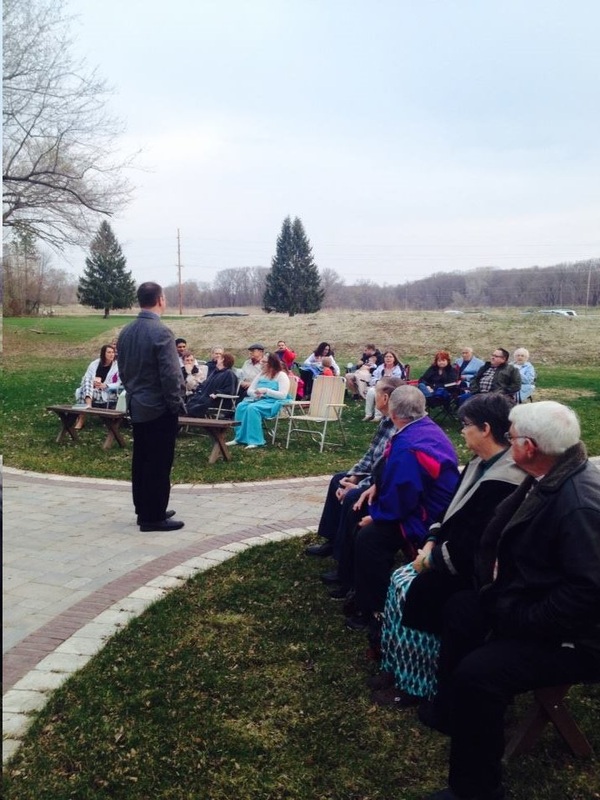 Now The Cross Is Added 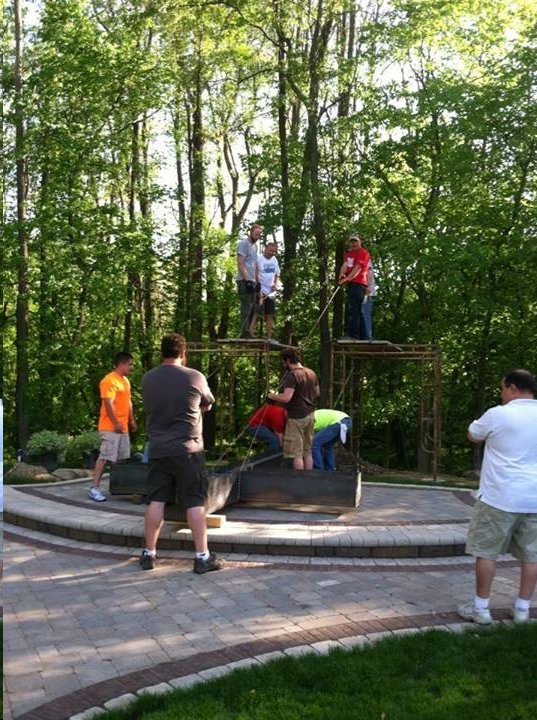 The Cross Goes Up 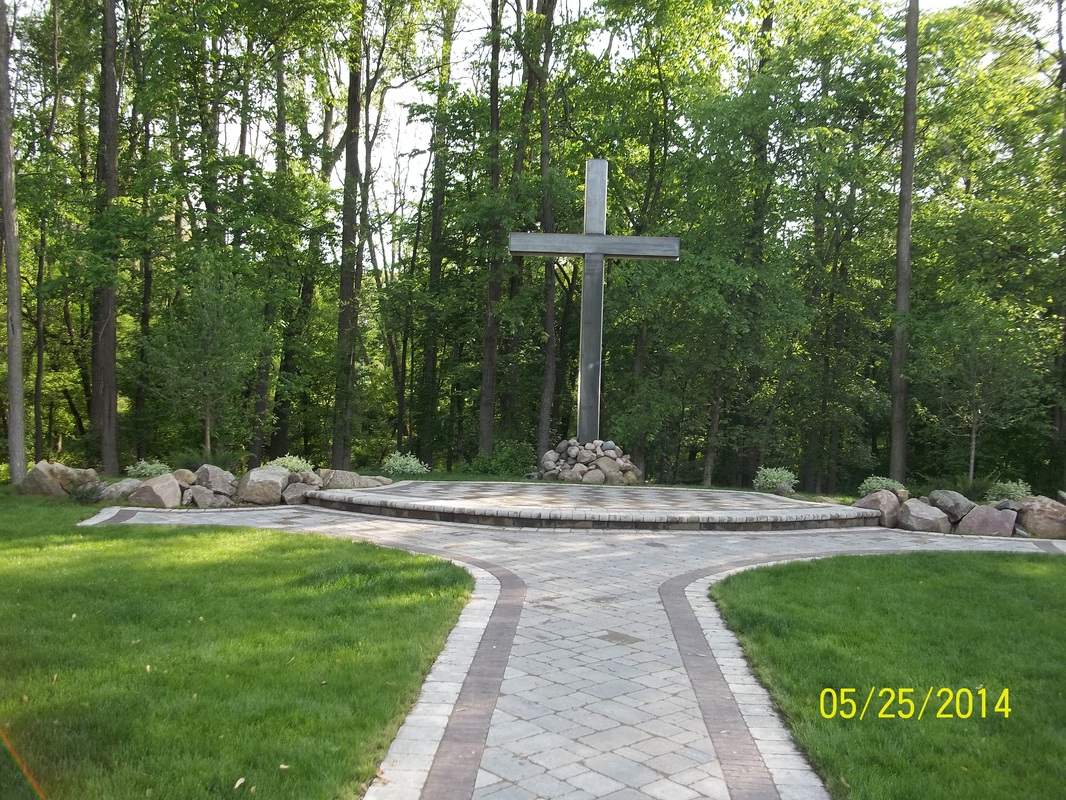 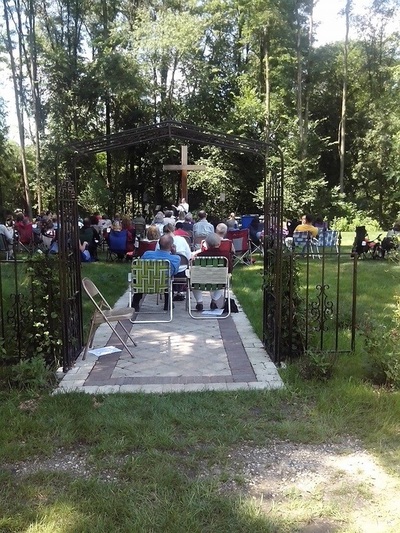 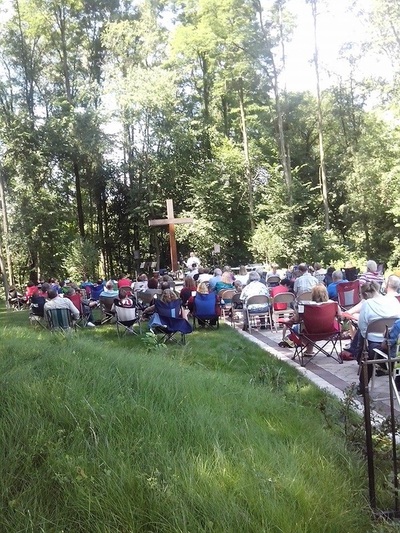 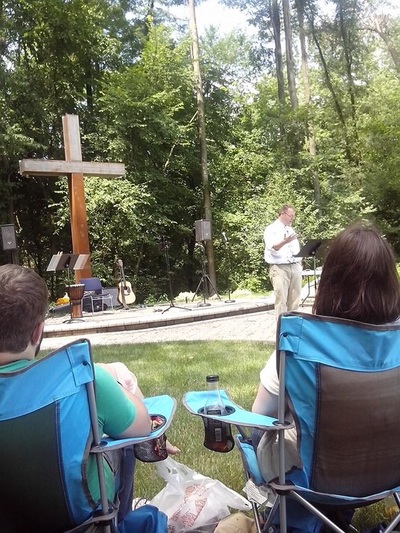 Pictures taken of our inside Chapel on Easter Sunday